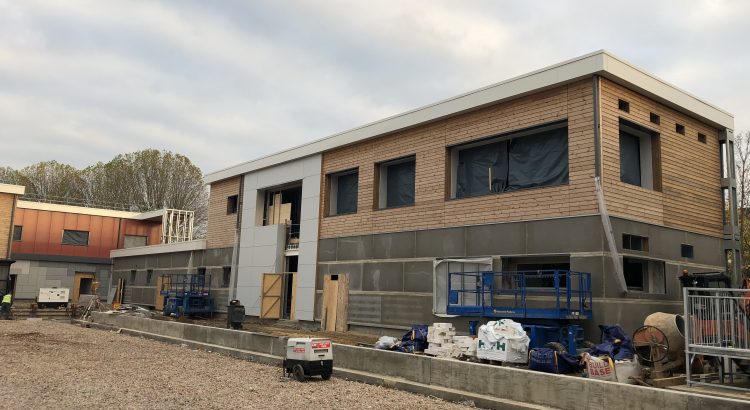 Due to contractor delays on site, Meadowbank Football Ground in Dorking will not open on 19th March.

The final elements of the building work at the new football ground have taken longer than agreed with the contractors and, as result, we have advised all involved that next week’s opening and Dorking Wanderers’ first game scheduled for 27th March will not be able to take place at Meadowbank.

Councillor Charles Yarwood, Deputy Leader and Executive Member for Assets and Investment said, “Whilst I’m personally disappointed for everyone involved, if it is simply not ready it cannot open. At this point we cannot release a new opening date.

“Our contractors have let us down. We had been reassured repeatedly over the past month that completion was on target and will be discussing with them what has gone wrong at this late stage. We will then release a date when we are confident that it can be delivered.

“In light of the uncertainty, Dorking Wanderers have advised us they will no longer be attempting to use the ground until the new football season starts in July.

“The new development will have plenty to offer once open including a 3G floodlit pitch, stands, clubhouse, changing rooms, the new headquarters for Surrey FA and the new home for Dorking Wanderers Football Club. The new Soft Play facility, with its café and toilets are clearly visible already from Meadowbank park.  These facilities, once open will be a fantastic addition to the already very popular park and children’s playground.

“Placing such a landmark community football stadium in the heart of one of our town centres is a positive step for business of all sizes in Dorking. On opening, we expect to see a rise in footfall and hope that all visitors come and discover more in Dorking and our surrounding towns and villages. Mole Valley District Council has invested £6.5 million in the sports facility with a further £1.0 million from Surrey County FA.  Mole Valley also secured £0.5 million through the Sport England Improvement Fund towards the provision of the state-of-the-art football facilities. Surrey FA have funded the construction of their new headquarters.

Caroline McRoyall, Surrey FA, Chief Executive Officer said “Surrey FA moved into its new office on Tuesday 13th March, and very quickly became aware of issues which would prevent operating as planned and as such will only have a limited staff team on site in the interim”.

“These events are out of our control and we apologise for the inconvenience to everyone involved in football in Surrey. We’re just as excited to get up and running as everyone else, and it’s frustrating to have to delay the start of our County Cups.”

Marc White, Chairman of Dorking Wanderers Football Club said, “Today’s news has come as a complete shock to everyone involved in Dorking Wanderers Football Club who had been led to believe the project was completely on course for opening this month. It will also of course be a great disappointment to the many volunteers who have put so much effort into making the Meadowbank move happen, as well as the supporters, sponsors and businesses backing us.

“Although we have now taken the decision to see out the season at Westhumble and wait until the stadium is demonstrably operational before moving in, we will be announcing new launch dates for The Healthy Kitchen and One Mile Club benefitting 3000 local households as soon as practicable.

“Rest assured, while things are on hold right now, when the time comes Dorking Wanderers will still be inviting local people to a magnificent grand opening – a big day out for the town in the summer and a big opening game. ”

Stuart Nicholl from Churchills Soft Play said, “Whilst this delay is not ideal, we want to assure all resident’s in the area that we are committed to eventually opening an impressive soft play facility, with the adjoining Meadowbank Park Cafe – where we look forward to welcoming you all, and your four legged friends as well. See you soon!”

For more details on the project, visit www.meadowbankdorking.co.uk